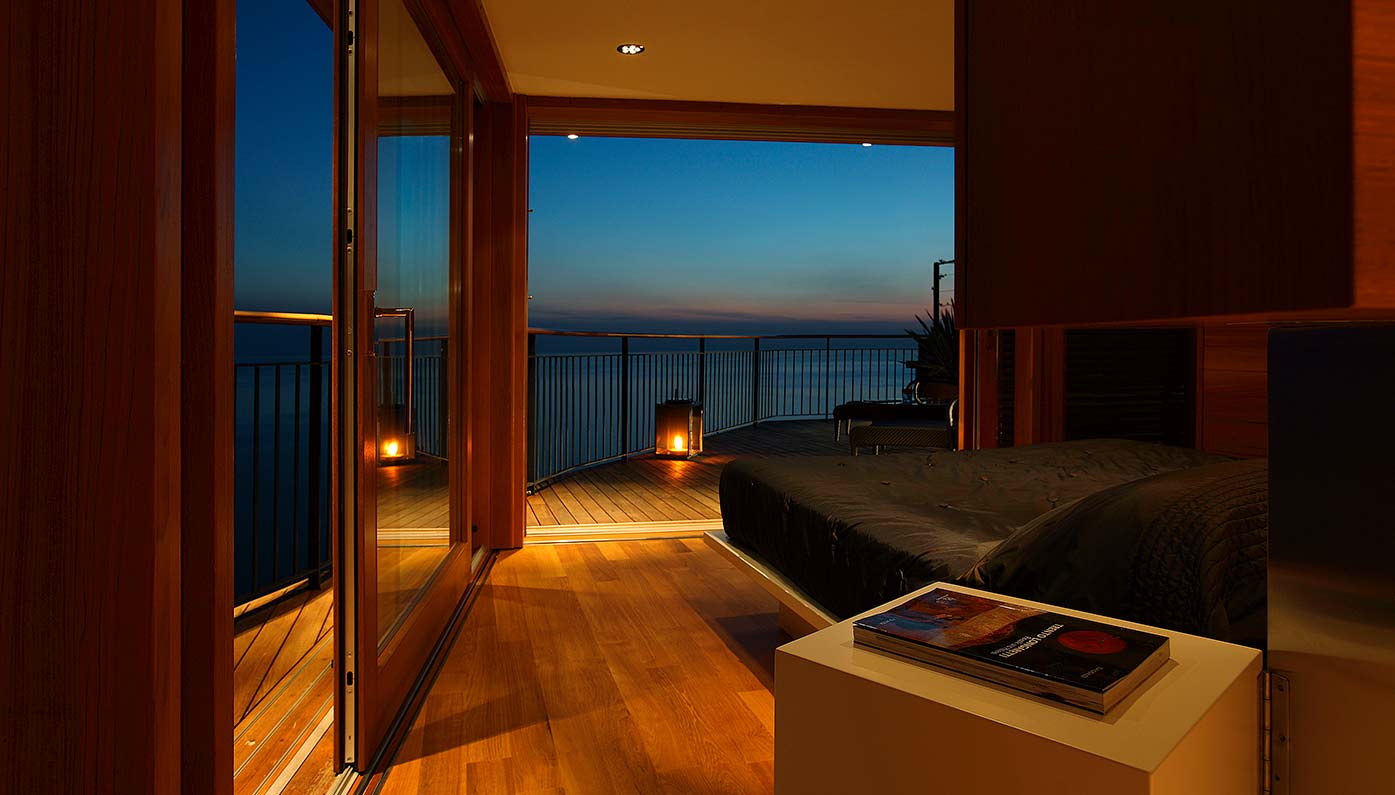 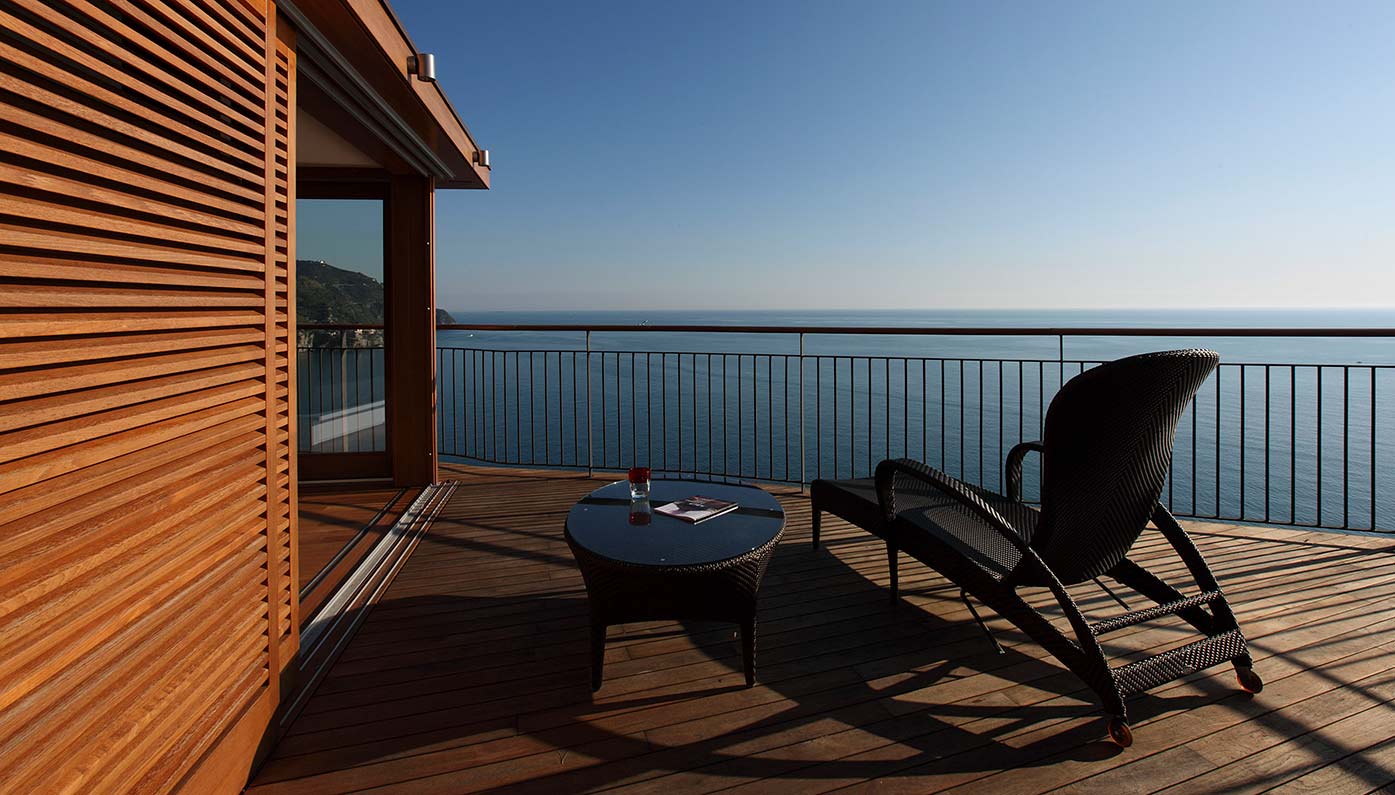 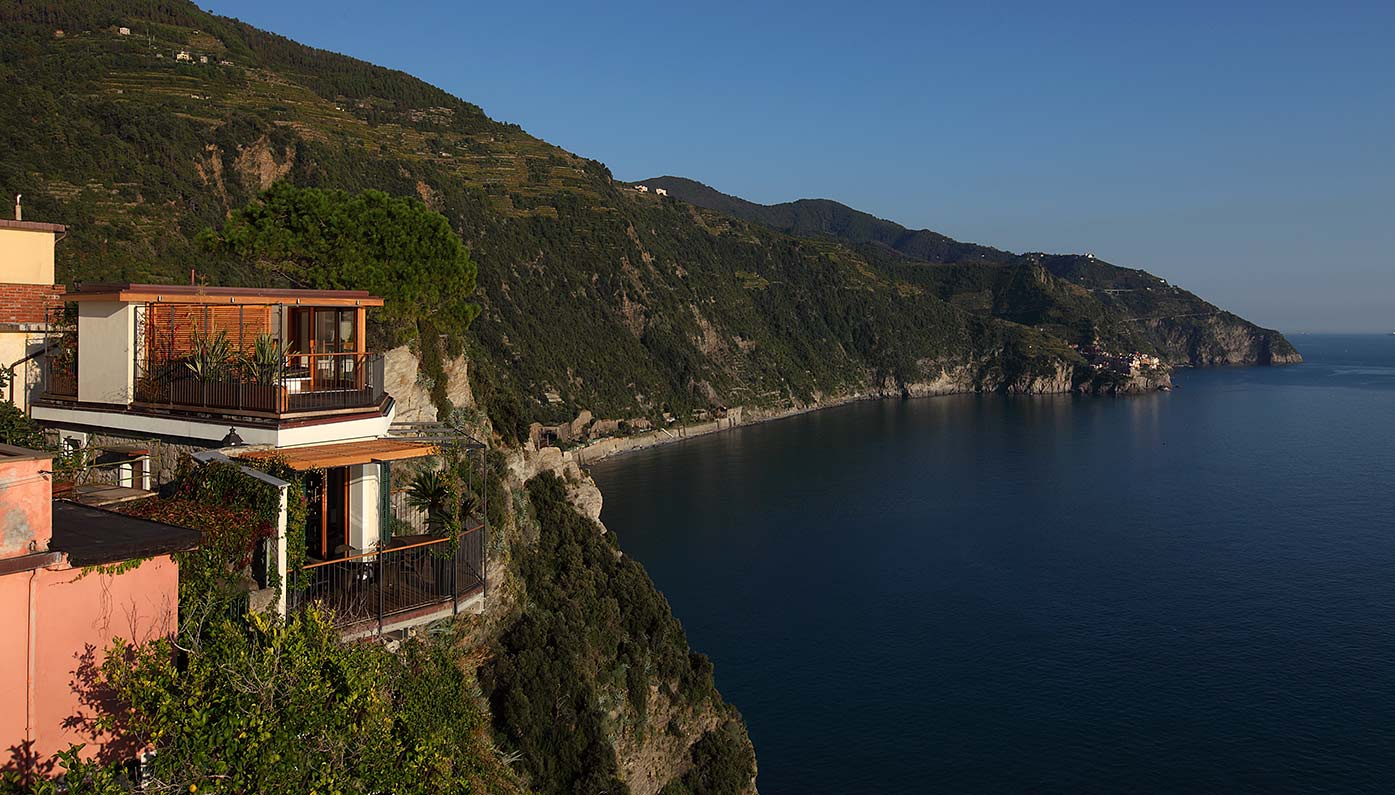 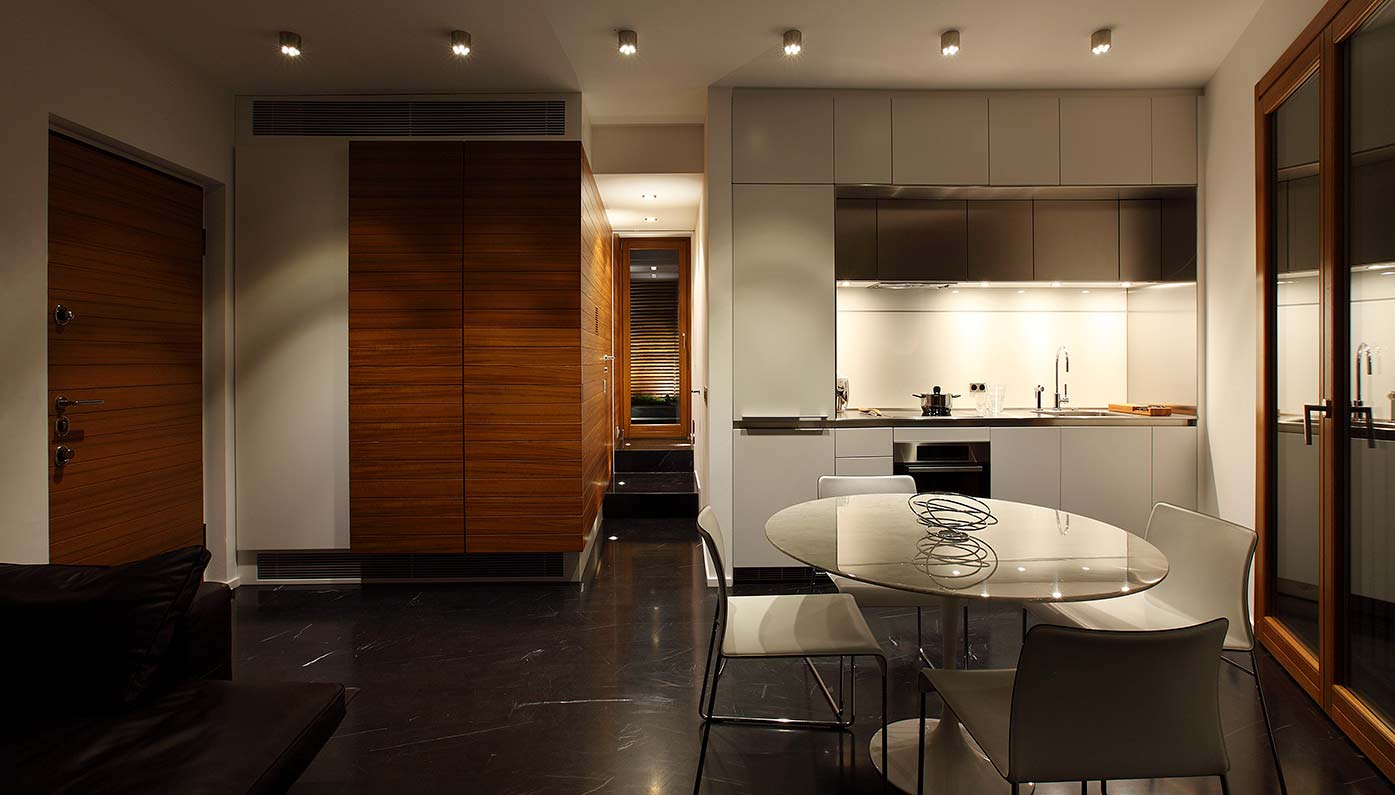 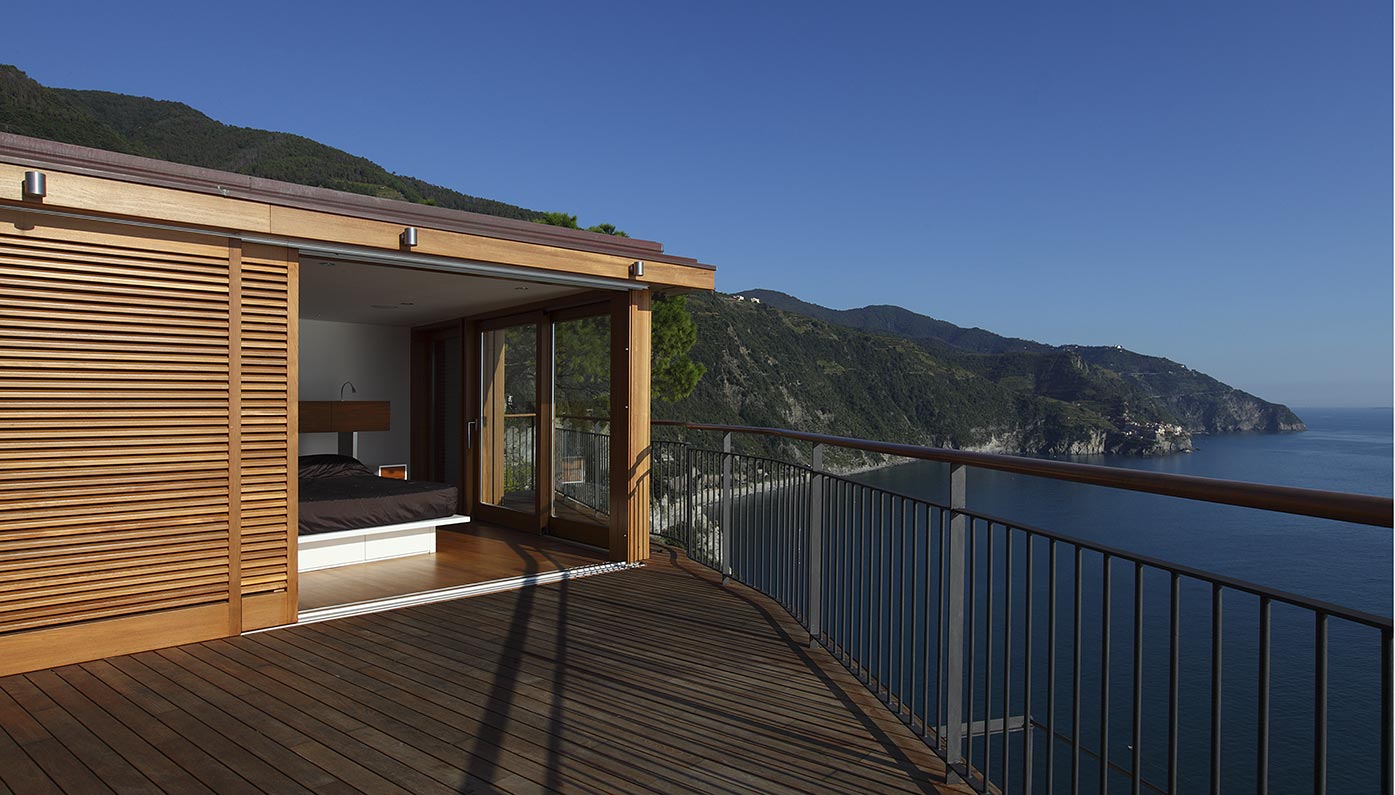 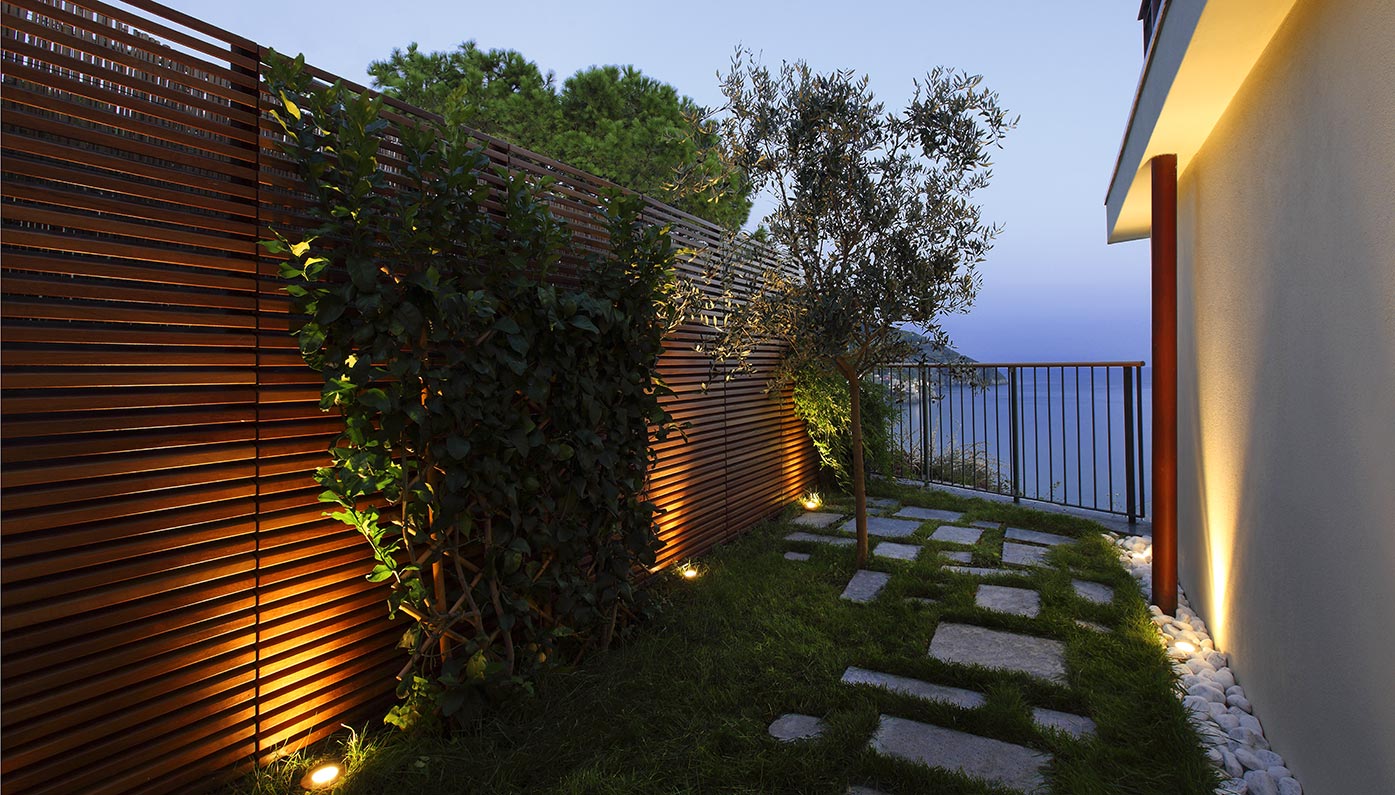 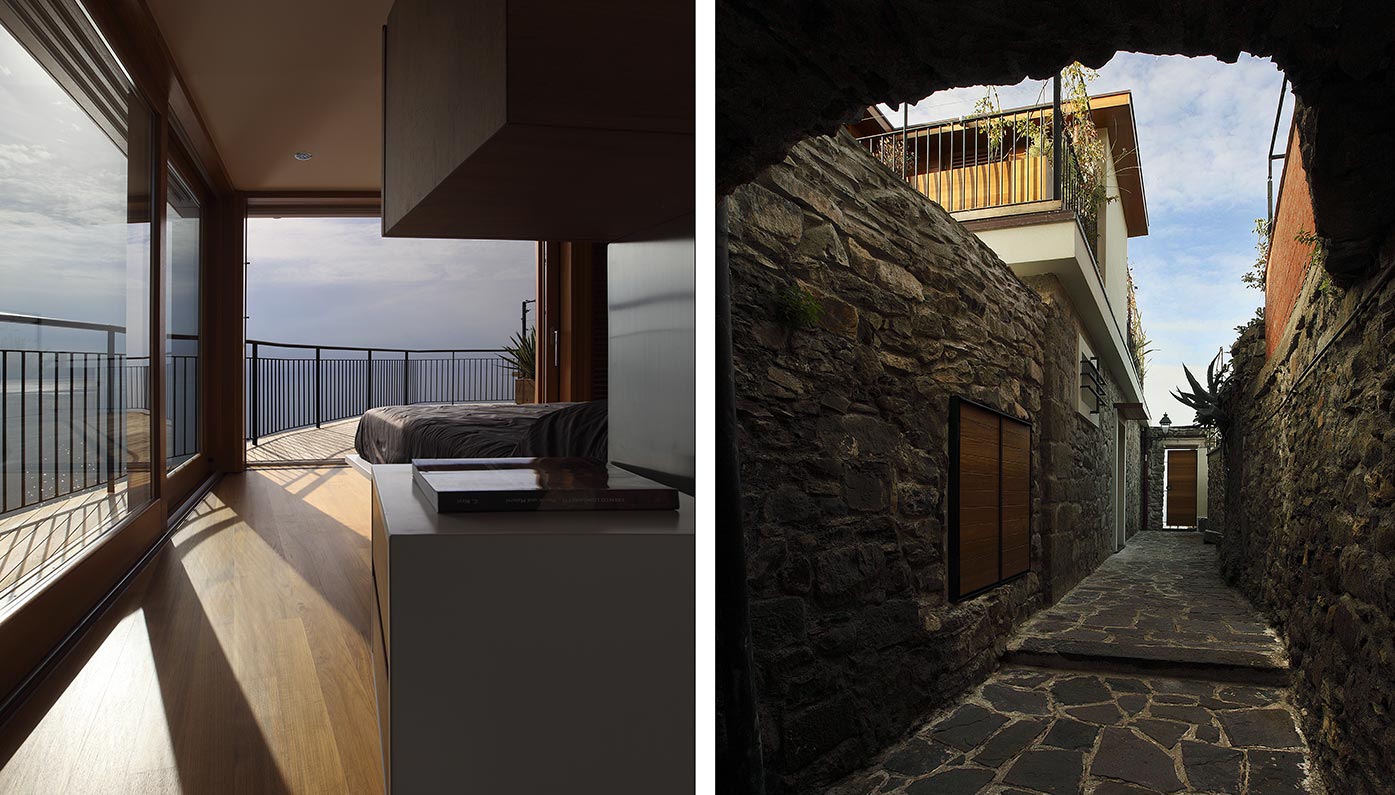 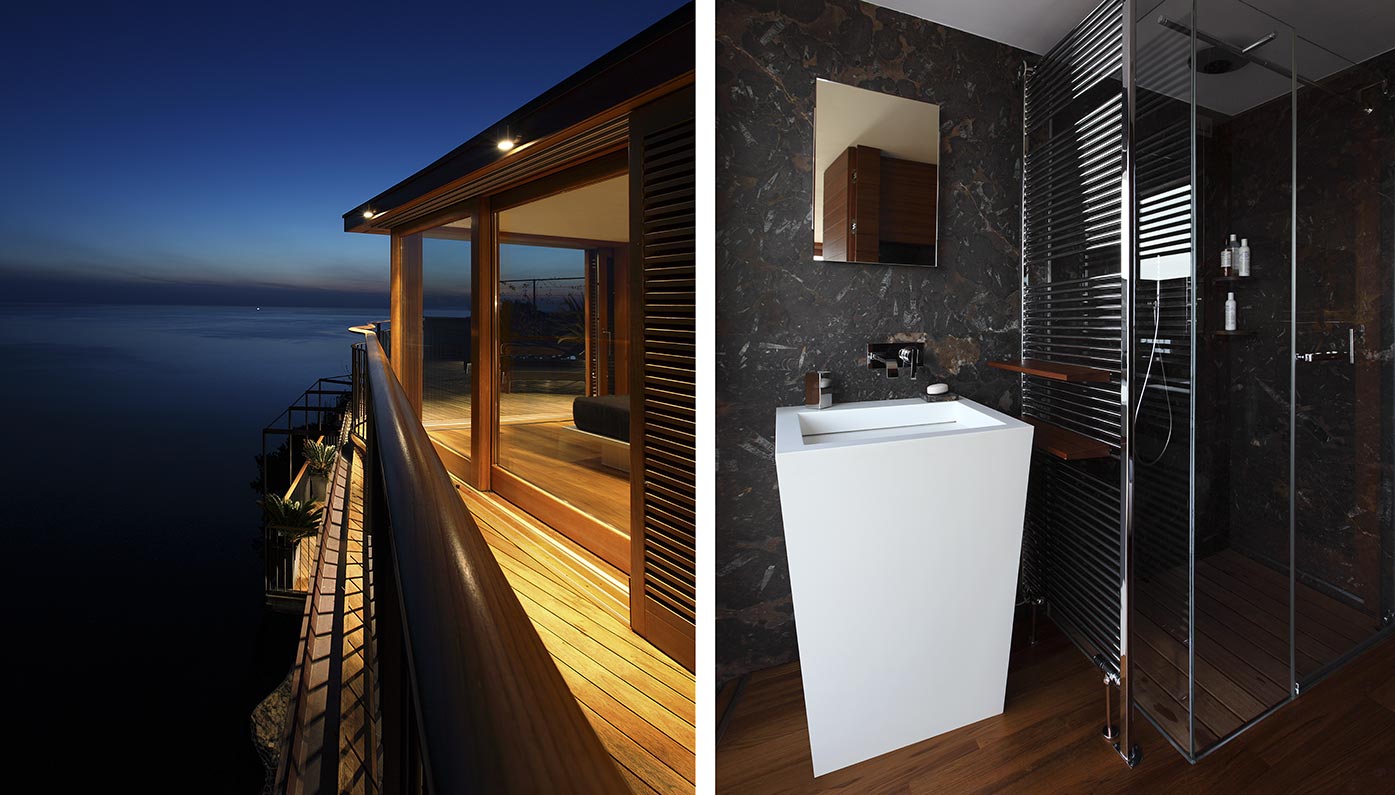 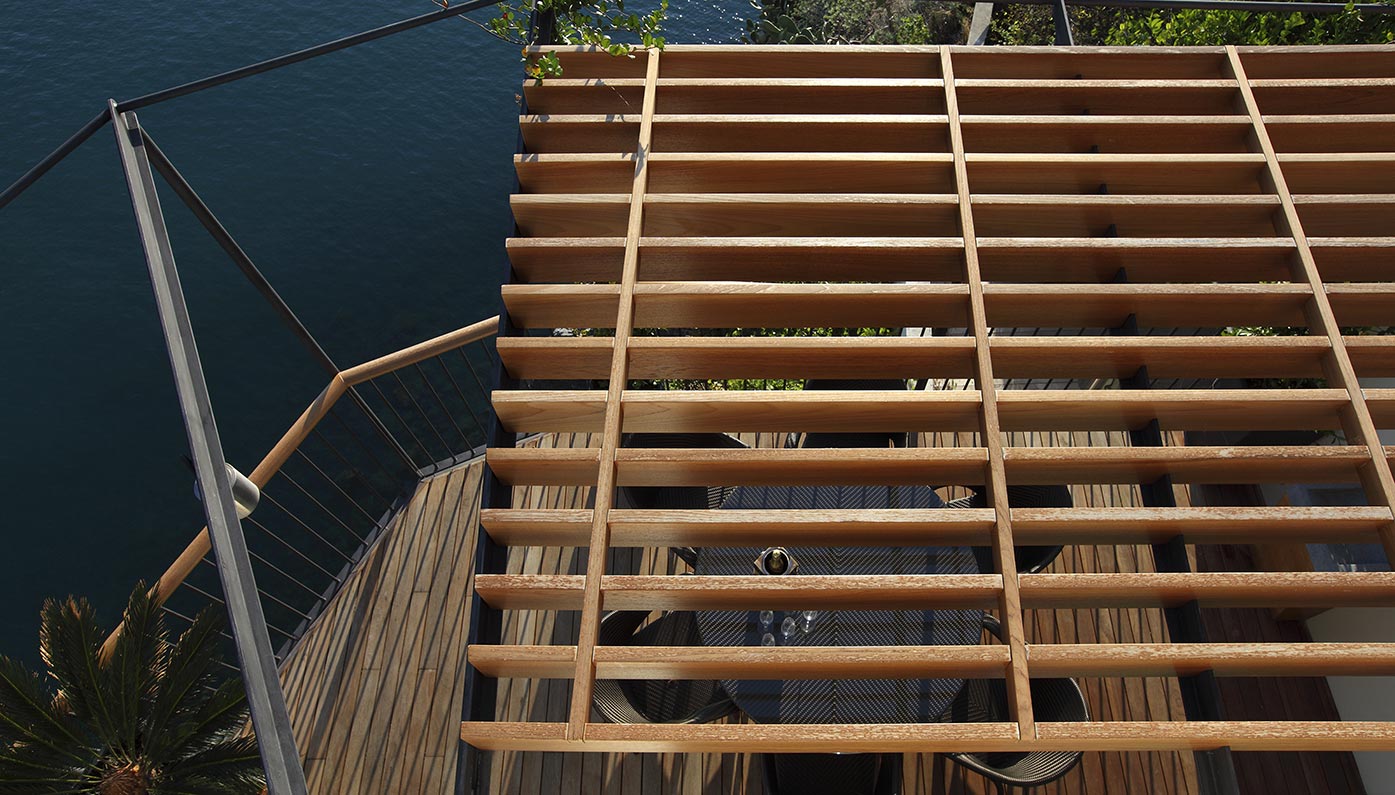 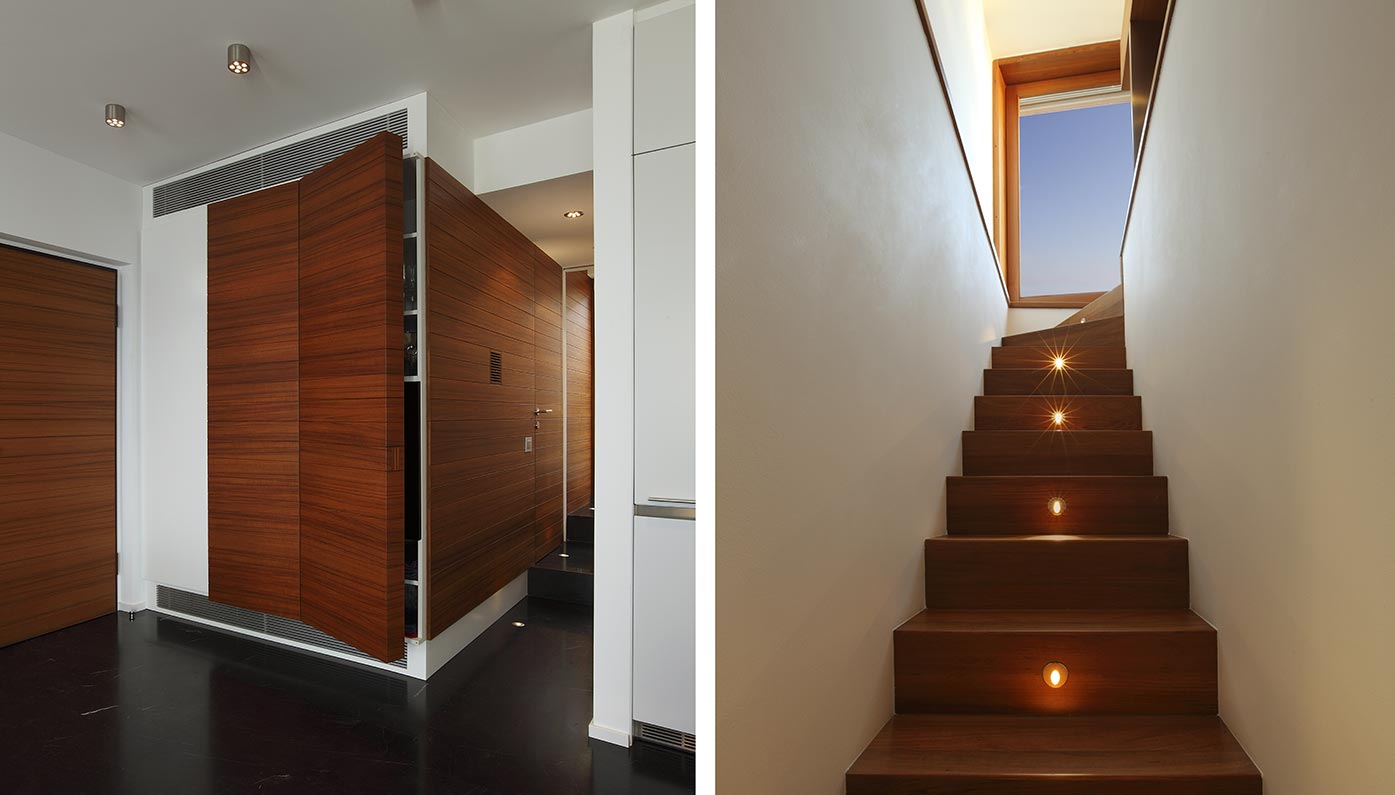 Built for the founder of a major Milan law firm as a weekend getaway, the goal of this project was to create a haven of spectacular calm and beauty for someone whose work accompanies him at all times. He wanted a place where he could “unplug” from the daily stress of his career while, if necessary, also continuing vital assignments that could not be abandoned—even on his days “off.”

Corniglia is a small village in the stunning Cinque Terre region on the shores of the Mediterranean’s Ligurian Sea. It clings 80 meters above the stunning Italian Riviera coastline atop a cliff and is a designated UNESCO World Heritage Site. Therefore, this project was challenging both because of the difficulty of accessing the site and the significant development regulations that protect an area rich in history and beauty.

In order to avoid feeling restrained by what is a densely built village, we orientated the home towards the sea, joining terraces to outdoor areas to interior rooms using glass in lieu of walls. This expanded the sense of space throughout by opening multiple vistas of the sea, which is replete with boat traffic and, in winter, passing whales. The cliff-top setting can, under the correct environmental circumstances, give the sense that one is riding the ocean atop a stunningly tall ship.

More about the results

The owner is a lawyer and art collector from Milan, founder of one of the most prestigious law firms in the city.

He was looking for a quiet corner where he could rest, where he could isolate himself from the world, the pressures of work and the chaos of the city. At the same time he hoped to have a discreet place to study and prepare the most important legal cases of the Office. He asked us if we thought it was possible to have this in Corniglia, the most isolated of the Cinque Terre, as the only one not in direct contact with the sea, but 80 meters above the cliff.

His wish was to be able to arrive on weekends leaving the daily work and stress behind and to spend a few hours looking at this magnificent horizon that plunges into the sea with only a few boats in the distance and with a little luck, in winter, some passing whales.

A complicated project without any doubt, because working in the Cinque Terre, especially in Corniglia, is always a challenge: from the landscape point of view you have to deal with a regulatory framework with very tight constraints because the house is in the historic center and Corniglia has been declared a UNESCO World Heritage Site, from the geological point of view the ancient buildings are all leaning against each other on the tip of the cliff and still, sometimes the challenge was to find a way to bring the building materials, they were carried by hand through the small streets where you pass only two people side by side, called in local dialect “caruggi”, and in some cases we used the helicopter.

In the end we can say that the result was exciting, for us who had thought it and for our client who had dreamed it. We used all the spaces to the maximum, the outdoor rooms join the terraces that throw from the cliff to the sea, it’s like being on a boat but higher up. At sunset with a glass of wine in your hand, watching the sun melting in the sea on the horizon, you can always understand that you are in a unique place.