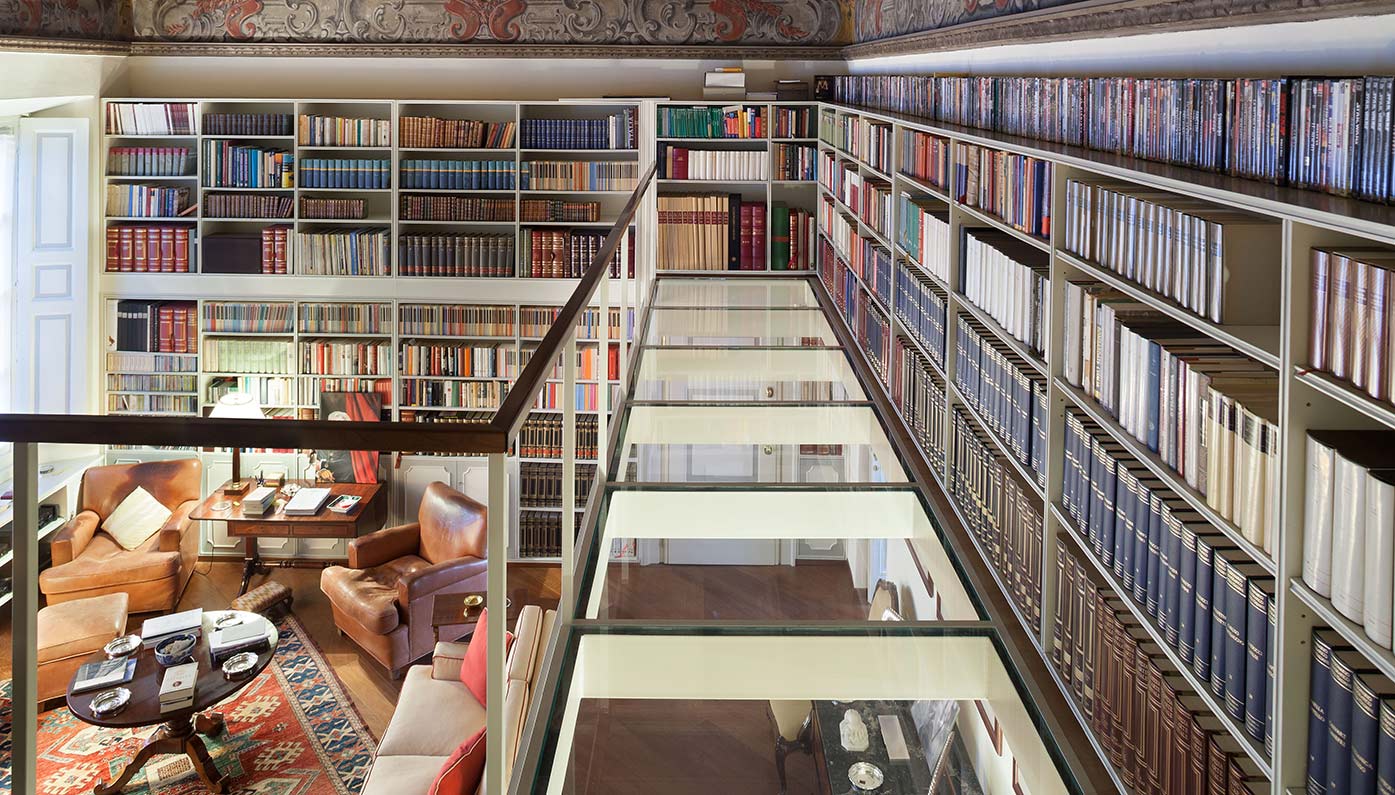 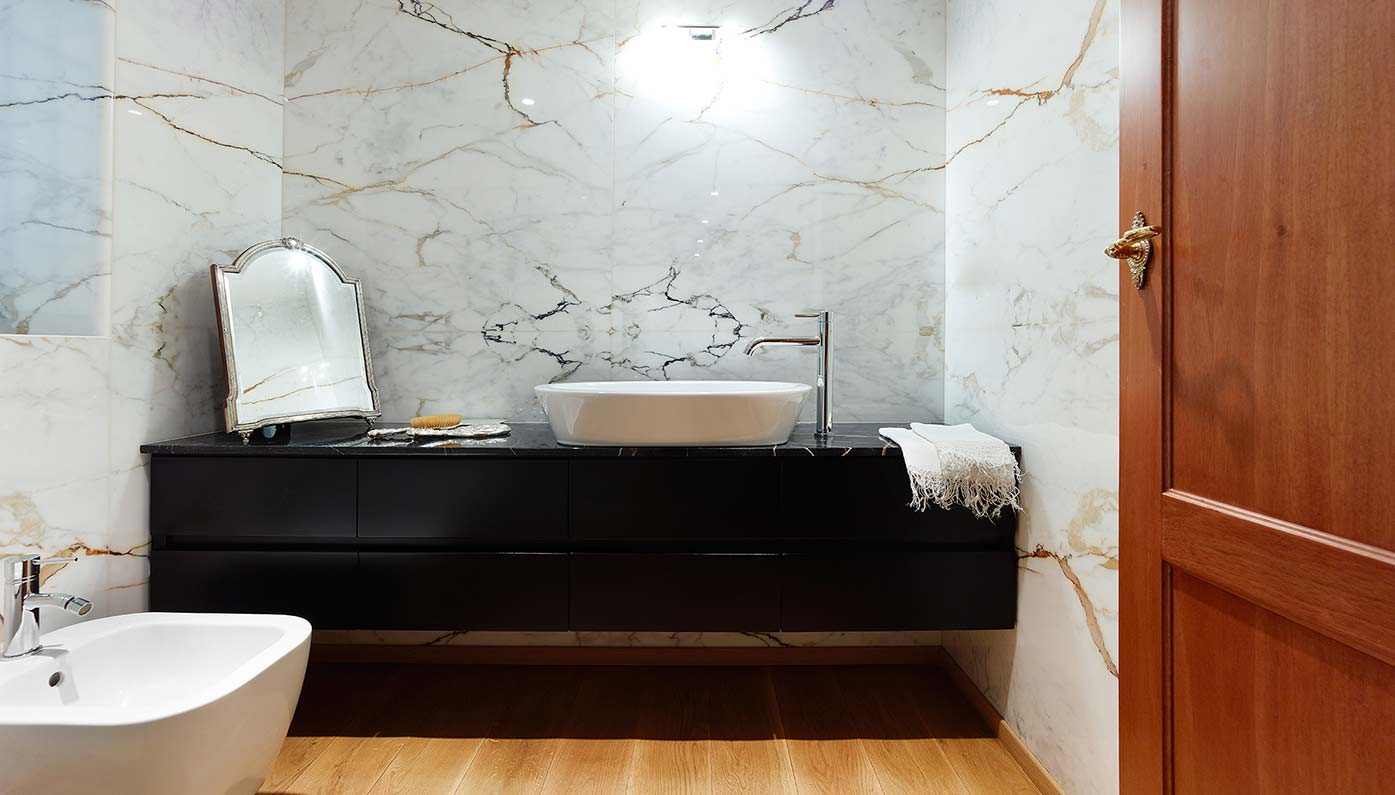 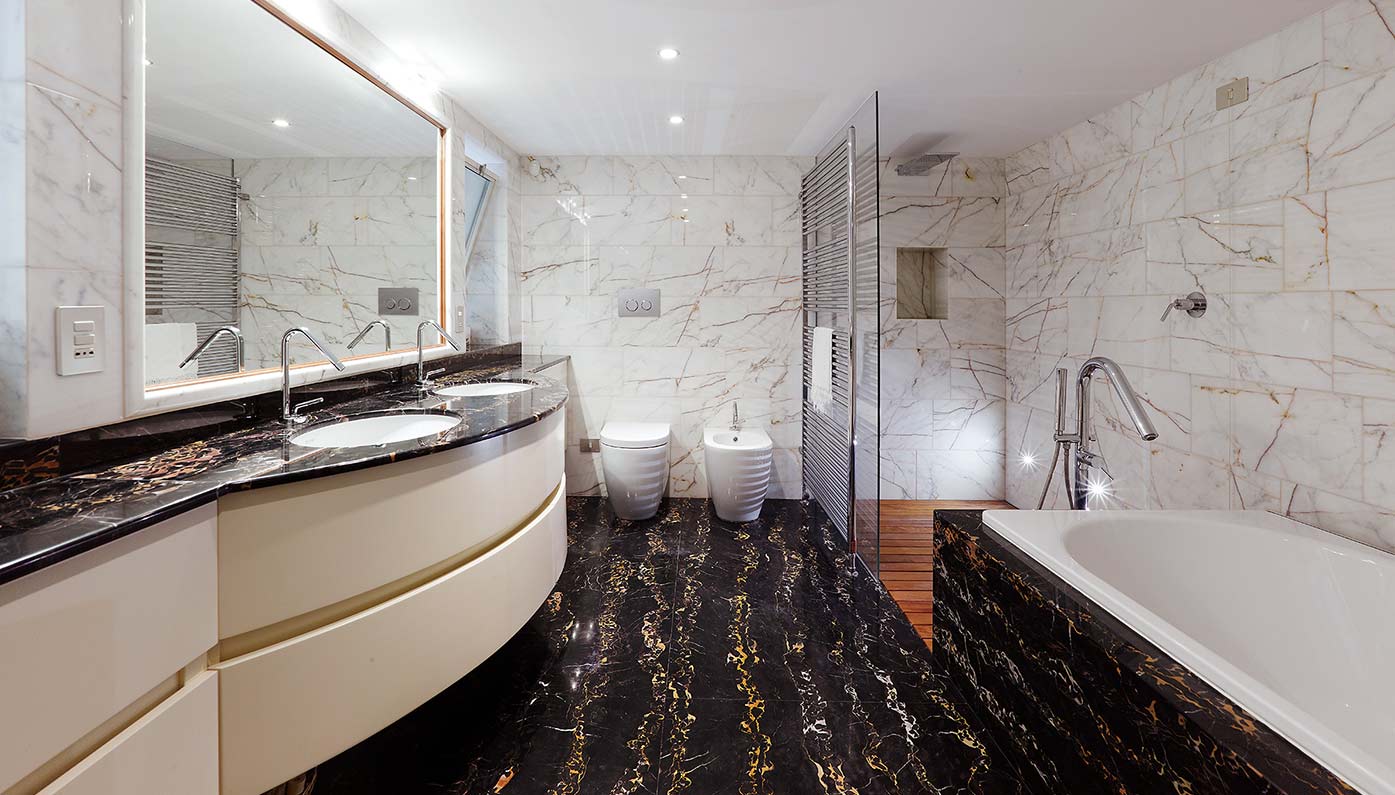 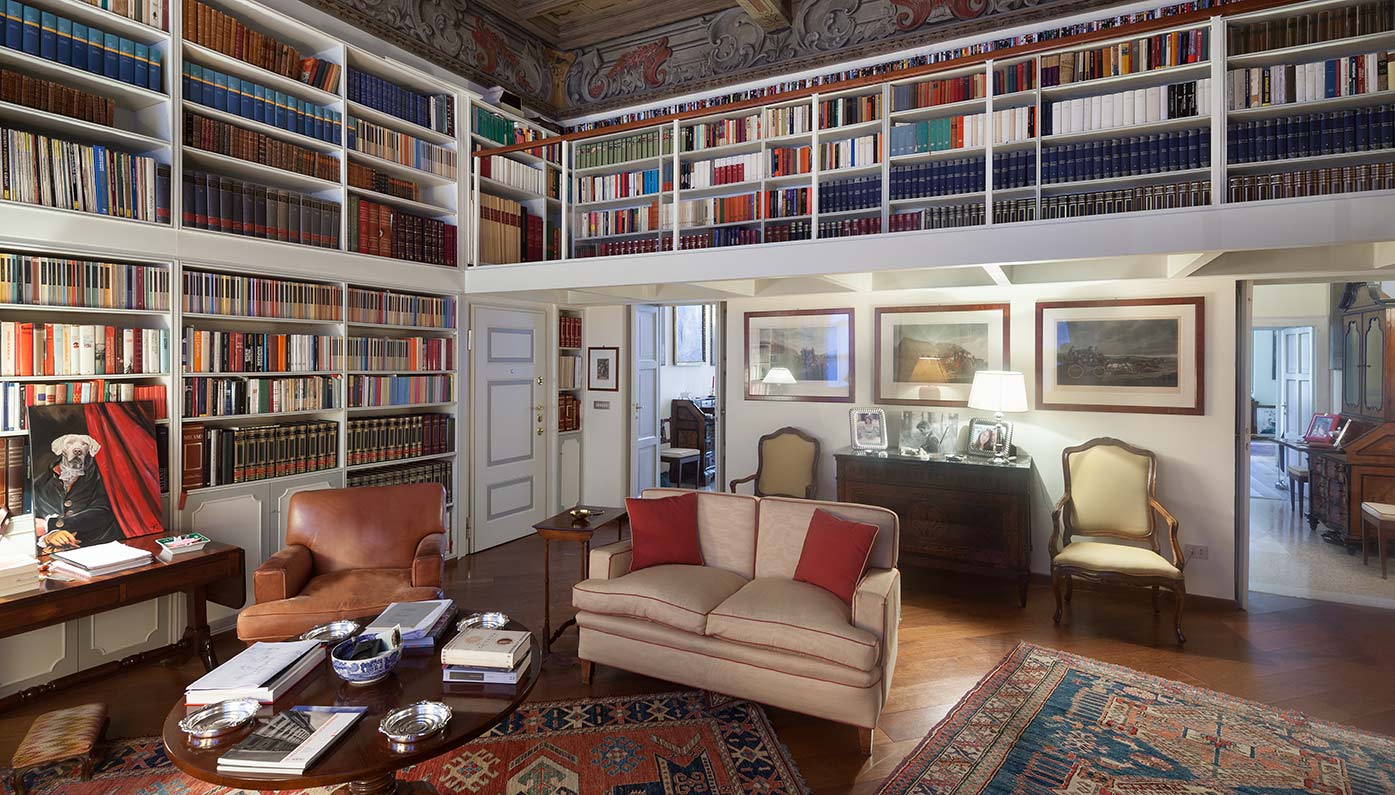 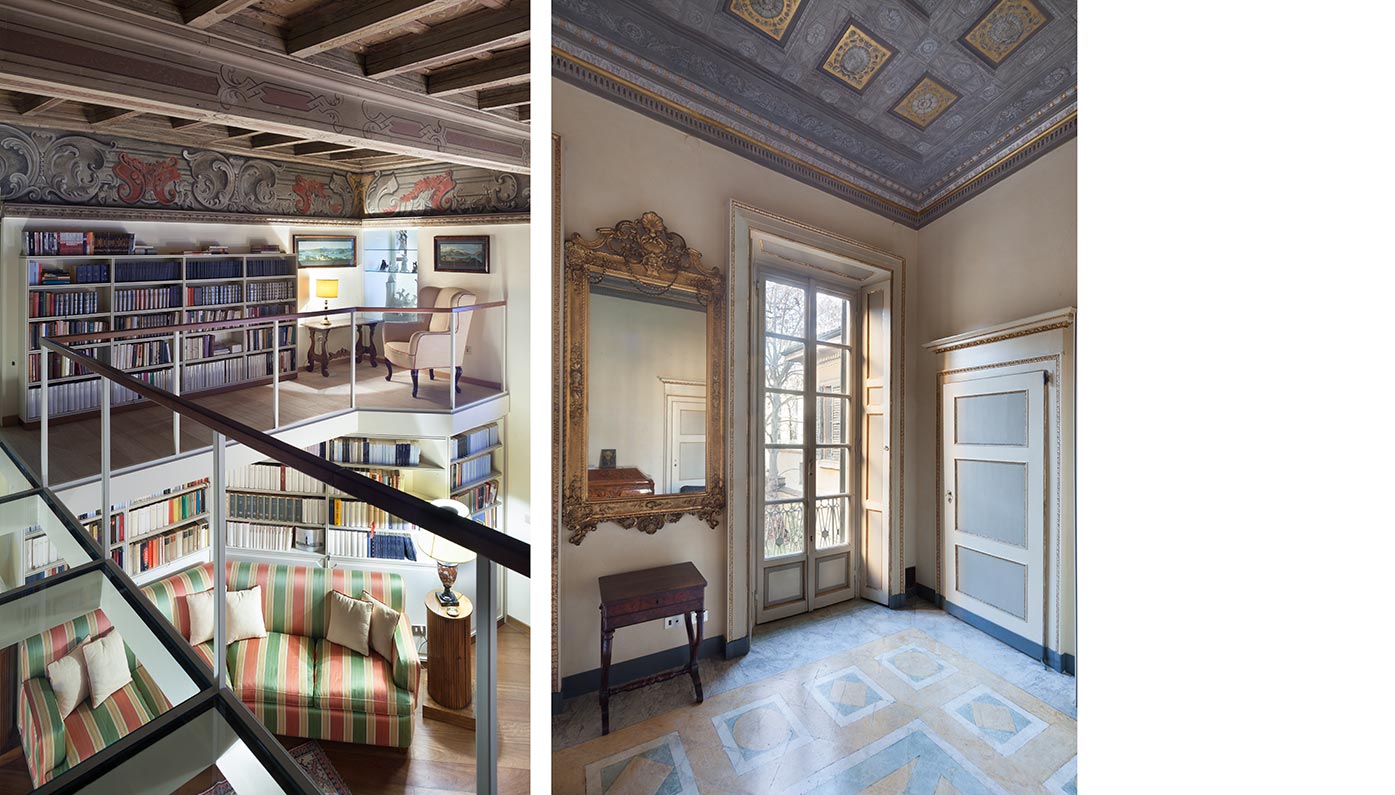 A challenging reality faced us with this building. Its oldest surviving elements dated to the
sixteenth century, while the foundation included traces of an eleventh-century convent and cemetery. Once the palace of a noble family, it had undergone a number of retrofits and transformations over the ages.

The property included conservation easements, meaning further modifications had to be evaluated by the authorities—with subsequent building permits difficult to obtain. Also, portions were in very poor condition, with some rooms having been long uninhabitable, and the centuries of alterations had destroyed original spatial relationships (including connectivity between areas). Finally, historical books had long been neglected and the renovation was tasked with creating an expanded library that would be a safe, accessible home for the collection.

Painstaking work was done to recover original existing materials, including delicate masonry. Paths between rooms were redesigned (while still following existing openings) and the ancient floors and ceilings were restored. A new mezzanine floor—dependent on glass walkways that deeply integrate with the restored, wooden-coffered ceilings and decorative border elements—extended the library’s capacity without altering its historic spaciousness. The entire complex is now useable, creating a safe, functional, and modern environment fit for any bibliophile.

“One of the great beauties of architecture is that each time is like life starting all over again.”